Barchester names Princebuild as Considerate Contractor of the year 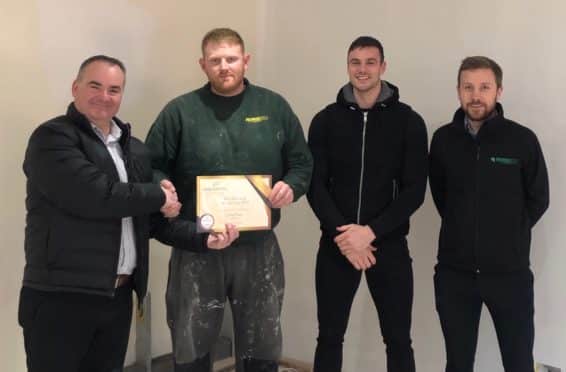 Barchester names Princebuild as Considerate Contractor of the year

Princebuild was delighted to be named considerate contractor of the year at the inaugural Barchester Health Awards.  The awards were held in Oxford on 7th March and recognised the hard work and dedication of contractors in Barchester’s supply chain.

In addition, Princebuild’s site manager Rob Pearce was also highly commended for the best site manager award. Rob has worked on many Wow refurbishments for Barchester and was praised for his sensitive and considerate approach when working within the homes.

One home in particular praised Rob for going above and beyond during the heavy snow that hit during 2018’s ‘Beast from the East’. Heathersett Hall care home’s staff were unable to reach the home for shift changeovers and the kitchen was struggling to provide food for residents as the gas supply cut out at lunch time. Rob stepped in to help out, transporting staff to and from the home in his 4×4, collecting vital supplies from the supermarket and even picking up fish and chips at lunchtime so the residents could get a hot meal.

Rob was unable to collect the award in person but the evening was attended by Director Mark Asplin, Project Managers George Asplin and Michael Antcliffe and Site Manager Paul Dockerill.

Mark Asplin commented “It’s fantastic to be recognised by Barchester in this way and it really demonstrates the hard work that is put in by the whole team, both out on site and from the wider support team at head office.”

Princebuild have been working with Barchester Healthcare since 2016 completing WoW refurbishment projects at many of their care homes. Some examples of the projects Princebuild have completed can be found here.