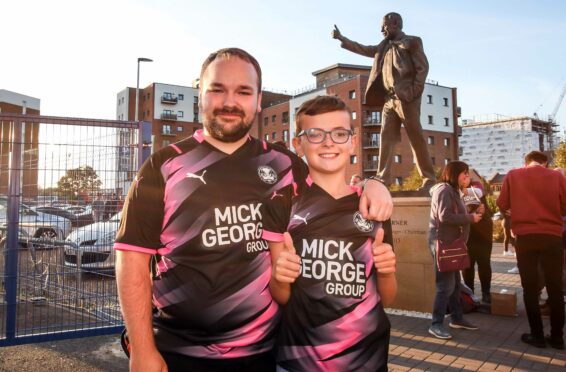 In a collaboration with Peterborough United and PCRFM, Princebuild are delighted to have given one Posh fan and his younger brother the chance to watch the team play in the Championship for a full season!

Following a week long competition on PCRFM, Brandon from Huntingdon was the lucky Posh fan drawn out of five daily winners. Brandon scooped an adult and child season ticket as well as a replica shirt for both him and his brother.

The prizes were very kindly put together by Peterborough United and Princebuild and the four runners up also received £50 vouchers to spend in the club shop courtesy of Princebuild.

The draw for the lucky winner was held live on air on Monday 9th August with Matthew Pudney of Princebuild and Phil Adlam from Peterborough United in the studio with Kev Lawrence.

Matthew Pudney, Director of Princebuild commented “As back of shirt sponsors we wanted to celebrate the start of the new season in the Championship and what better way than to engage with the fans and give them a chance to watch their team play?

“With the help of Peterborough United and PCRFM we have been able to provide a fantastic prize package for Brandon as well as giving four other lucky fans the chance to treat themselves to a purchase from the club shop.

“We are very excited to see what Posh can do in the Championship this season and we know that having the fans behind them plays a huge part in their success.”