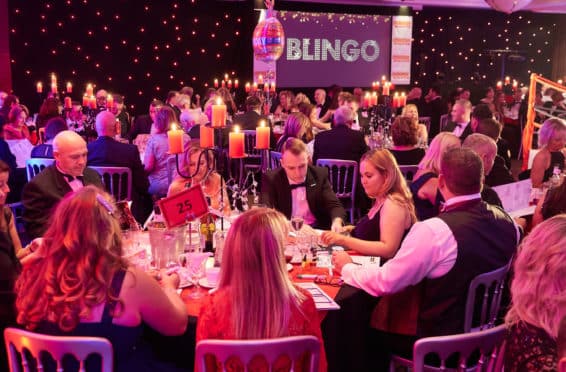 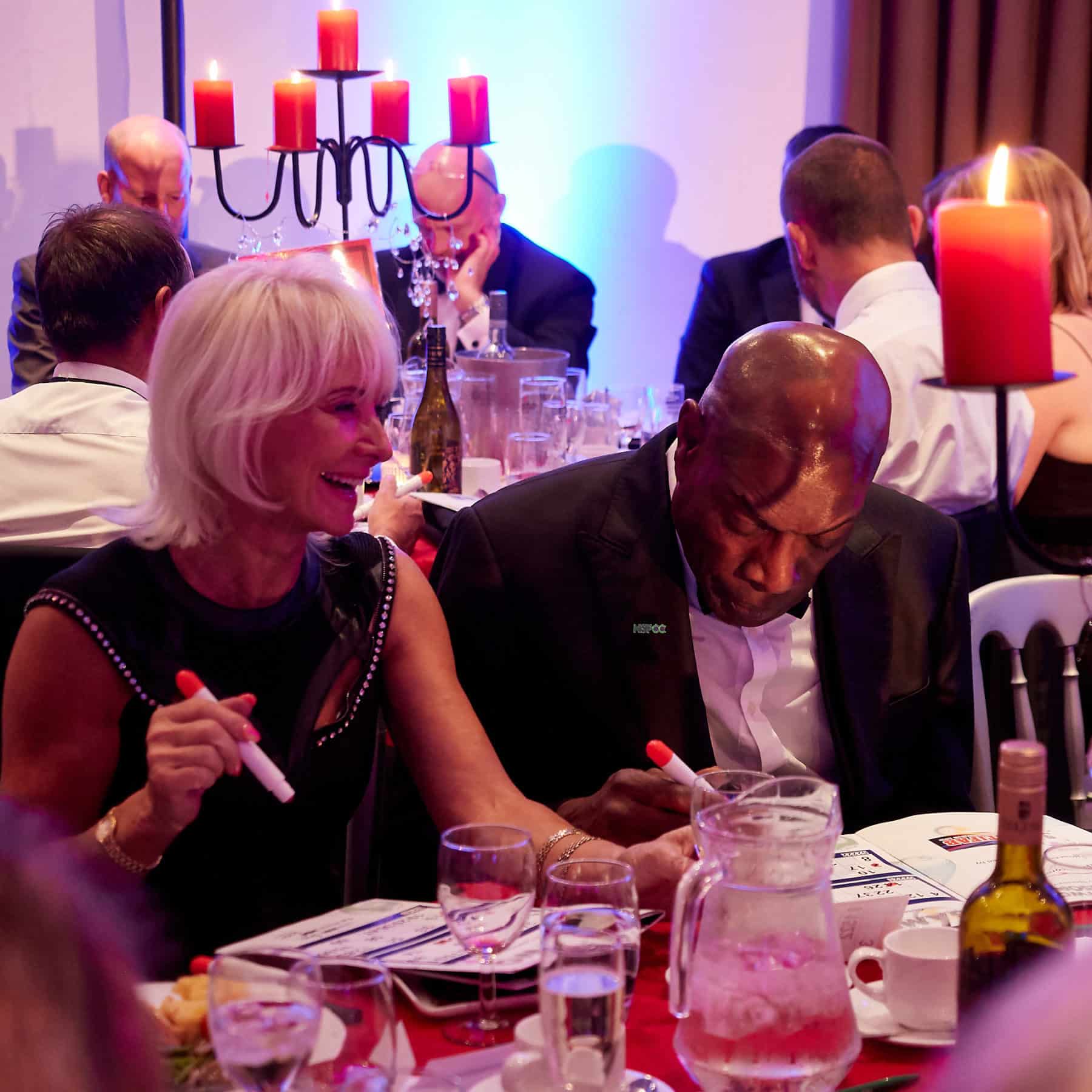 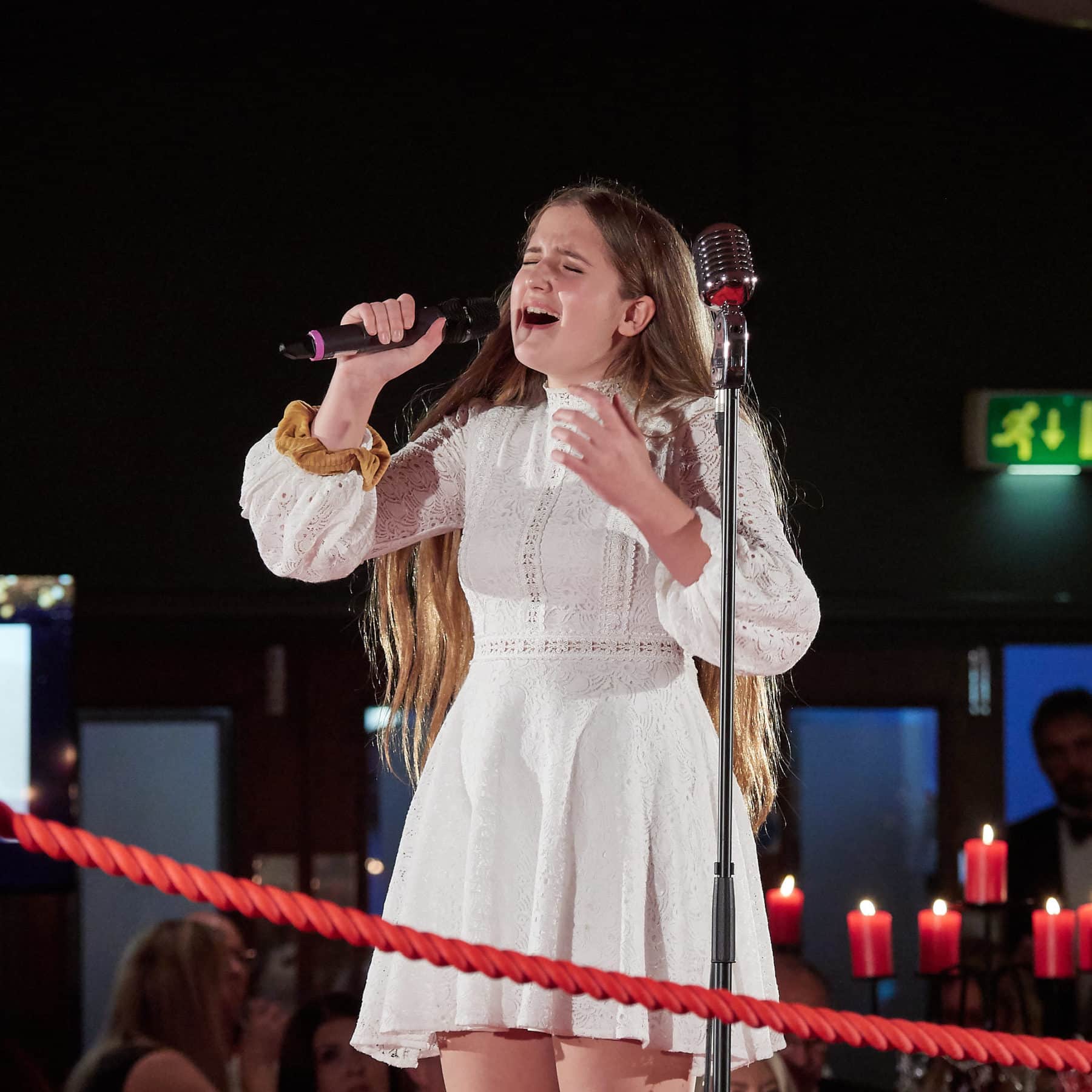 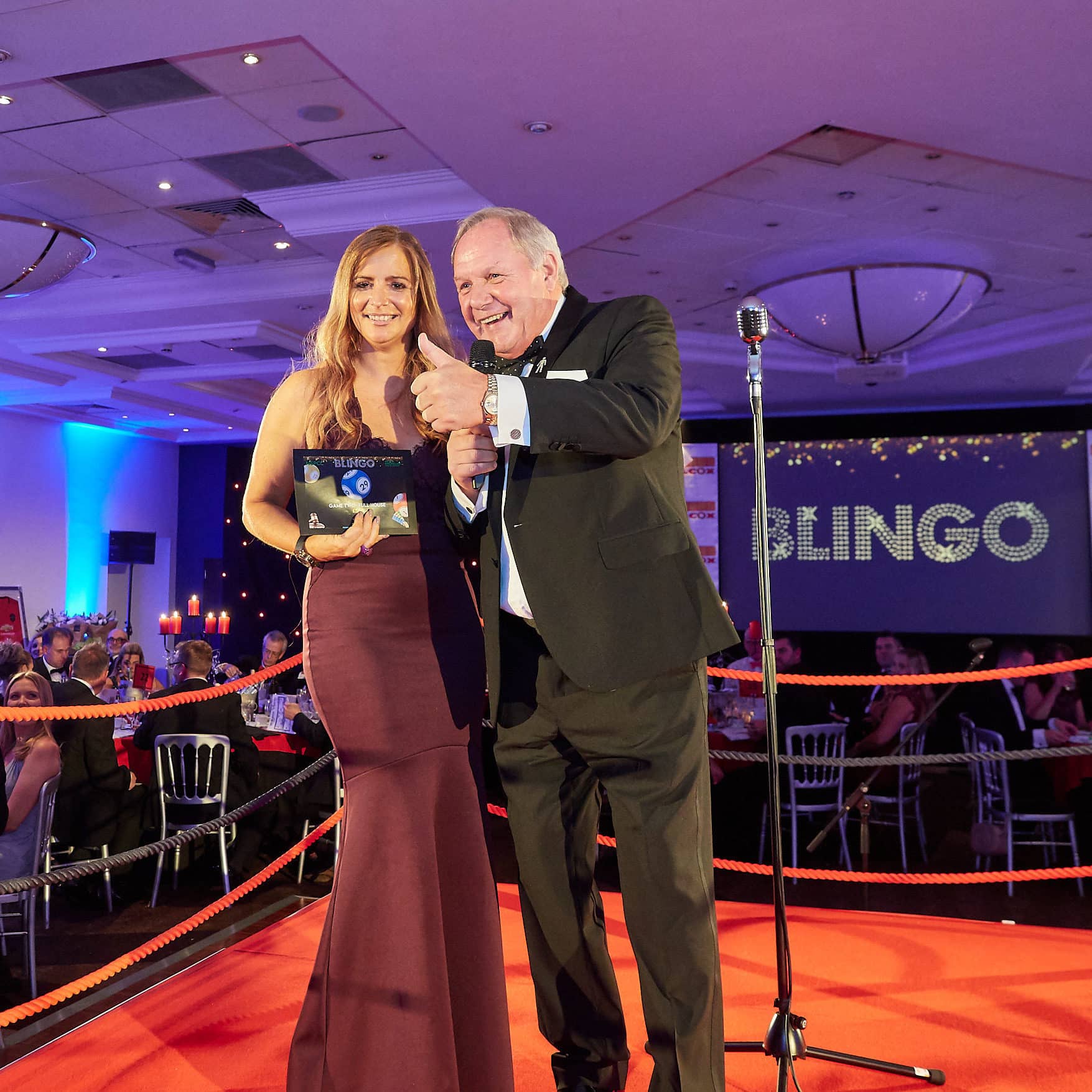 For the second year running guests were welcomed to enjoy a night of Bingo with a difference.

The event was also attended by The Mayor of Peterborough, Councillor Gul Nawaz, who got into the spirit of the evening and seemed to thoroughly enjoy the event.

Almost 270 guests were treated to a night full of entertainment, on arrival they were greeted with a glass of bubbles whilst having the chance to meet Frank Bruno and get a professional photograph with the boxing legend.

Throughout the night guests had the chance to win big cash prizes in one of six games of Blingo with the top prize hitting £1250 for the final game! Each game was called by a celebrity guest which provided some great entertainment in itself.

There was a special guest appearance by 12 year old Courtney Kay who wowed the crowd with a live performance of Sam Smith’s James Bond theme Writing’s On The Wall. Shaun Williamson also sang for the guests – getting everyone in the party mood with a rendition of Sweet Caroline later in the evening.

There were also chances to win a selection of top prizes in the raffle and a live auction was held which included signed boxing gloves and replica belt which attracted some generous bidding.

The event, now in its second year, is a joint venture between Princebuild Ltd and The NSPCC Peterborough Business Support Group, it was well supported by many prominent Peterborough businesses both on the night and in the provision of prizes and sponsorship.

Matthew Pudney, one of the event organisers from Princebuild said “After the success of last year’s event we wondered if we could improve upon that, but from feedback we have had since the event and judging by the fantastic amount raised I think we may have achieved that.

“The celebrities were fantastic and the atmosphere in the room on the night was amazing, everyone really seemed to be enjoying the event. Not everyone could be lucky enough to take home a prize but I think everyone has come away from the night a winner including our very worthy charities.

“On behalf of the Blingo committee I would like to thank everyone who supported the evening and we hope to be able to put another event on in the near future.”

More information about the event and future events can be found on the Blingo website.