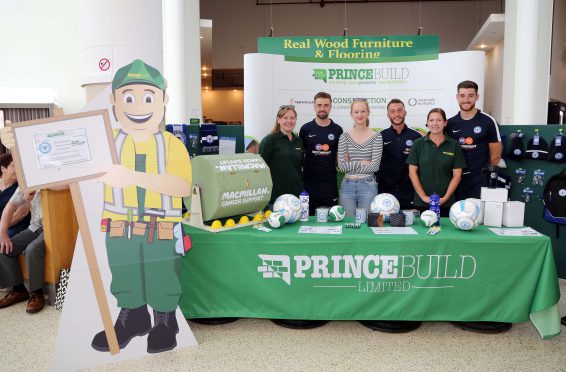 Peterborough united revealed their brand new home kit for the 2017-2018 season on Sunday morning at a well-attended kit launch event at Serpentine Green.

Four players were on hand to model the new kit; Skipper Jack Baldwin, summer signing Ricky Miller, midfielder Gwion Edwards and striker Junior Morias. They also met with fans before and after the unveiling to sign autographs and pose for pictures.

Princebuild provided fans with some entertainment in the form of our new inflatable speed cage and also the chance to win Posh prizes in a charity tombola. Plenty of fans went home with hats, scarves, footballs and other prizes as the result of picking a winning ticket, helping to raise almost £400 for Macmillan Cancer Support.

The new kit went down very well with fans, and along with activities provided by Mick George, Forever Posh, The Free Kicks Foundation and others it made for a great day out for fans.

The new kit is now available to purchase at the Posh Club Shop and also online.