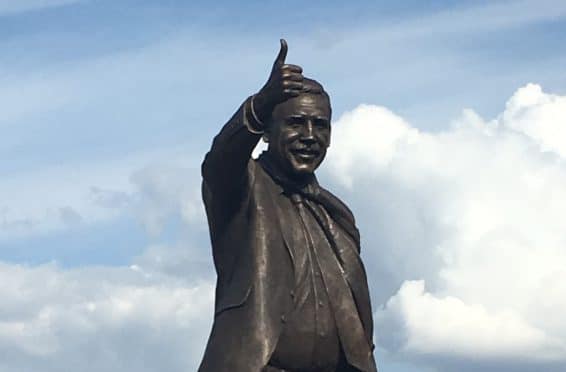 Friday 1st September was a momentous day in Posh history as the Chris Turner Statue was unveiled at The ABAX stadium.

Captured in his iconic ‘Thumb up’ pose heading towards London Road the statue is a fitting tribute to the legend that was Chris Turner and the impact he had on the club.

Crafted by one of the most talented sculptors in the country, Sean Hedges-Quinn, the bronze statue stands proudly at the Posh ground where Chris Turner spent his days as player, captain, manager and chairman.

The committee, led by Adi Mowles, have a done a fantastic job of bringing this project to fruition. From the initial meetings back in July 2015 to having a finished statue just over two years later is a massive achievement. Of course this couldn’t have been done without the support of Posh fans, CT5 members and local businesses, all of whom have given generously to support this memorial to Chris Turner.

Everyone who has donated, in any way, shape or form, should be very proud of what has been achieved and proud to be part of such a great club.