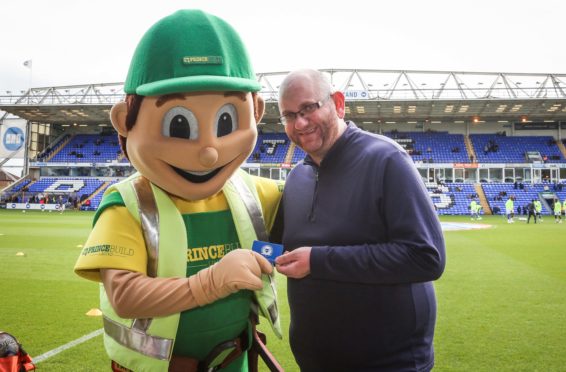 To mix things up a bit for the 2019/20 season an extra element has been added to Peeby’s half time challenge. Contestants now have the added difficulty of being dizzy when they take their shot!

This has proved very popular with the crowd and added an element of difficulty for those facing Peeby at half time.

Congratulations to Stuart Barnes who received his vouchers at the Lincoln City game on 12th October.

Peeby’s Dizzy Penalties take place at all home games throughout the season and there is £50 worth of club shop vouchers up for grabs each game, if Peeby saves the shots the vouchers roll over to the next week.