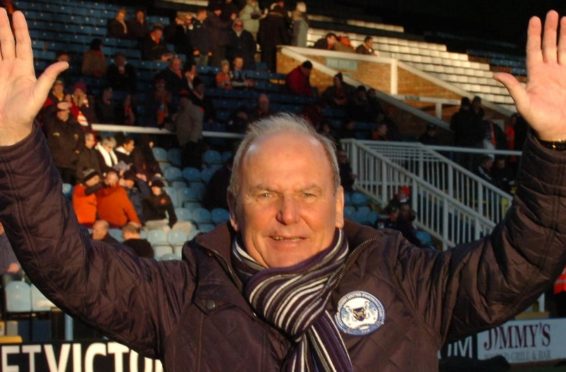 Following the recent loss of Posh Legend Tommy Robson, Princebuild have made an initial donation of £2,500 to help fund a statue in his memory.

The fundraising is being organised by the Posh Independent Supporters Association (PISA 2000) who previously worked extremely hard to raise the funds for the Chris Turner statue which was unveiled in 2017.

The association accept that under present circumstances the fundraising effort will not be a straight forward task, but with the love shown for Tommy, not just at The Posh but throughout the city they are sure they can be successful in achieving their fundraising target.

As existing sponsors of The Posh and with strong ties to the local community Princebuild is keen to support the fundraising and hope the donation will help PISA to get the ball rolling.

Jonathan Pudney, Director of Princebuild commented “This would be without doubt a fitting tribute to a loved and admired Posh legend.

“The directors at Princebuild Ltd realise the amazing work PISA did raising funds for the Chris Turner statue, something that clubs with far larger fan bases have been unable to achieve. We also realise that again they are taking on a mammoth task to raise the funds required to put up another statue.

“On behalf of all at Princebuild Ltd we would like to pass our condolences and kindest regards to Tommy’s family.”

You can follow the progress of the fundraising and find out how to make your own donation on the Tommy Robson Statue Facebook page.