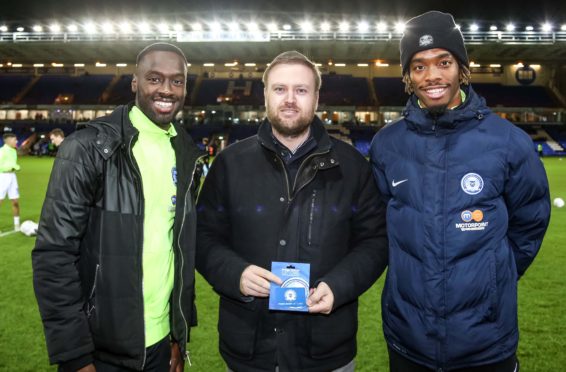 Everyone should now be familiar with the revamped half-time challenge, contestants are now made dizzy before they take their shots, resulting in some very amusing attempts.

This did not put off Daryl Emmins who took on Peeby at the Accrington Stanley match during half term. Daryl kept his cool to score against Peeby and grab himself the impressive rollover of £250 in club shop vouchers.

He was presented with the vouchers at the Tuesday night game against Cambridge United.

Peeby’s Dizzy Penalties take place at all home games throughout the season and there is £50 worth of club shop vouchers up for grabs each game, if Peeby saves the shots the vouchers roll over to the next week.