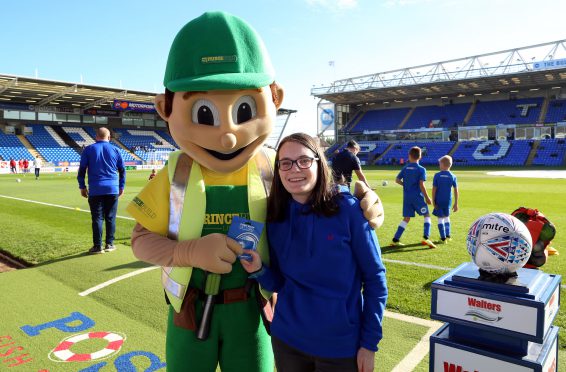 Imogen McEwing scored against Peeby in the half-time shootout on 29th September when the Posh hosted Blackpool at the ABAX Stadium.

Imogen won herself £50 in vouchers to spend at the club shop and was presented with the vouchers by Peeby at a later match.

The half time challenge takes place at all home games throughout the season, and each contestant gets three chances to score a penalty past Peeby. There is £50 worth of club shop vouchers up for grabs each game and if Peeby saves all the shots the vouchers roll over to the next week. For the next home game on 15th September there is a £150 rollover!